I moved to Canada in 2011 for university and that was the crucial moment that made me think really hard about being Chinese.

The University of Toronto really helped with its large student body made up of people from diverse origins. One of the most impactful experiences that led me to want to write on this topic involves meeting a few Latin Americans of Chinese descent.

They’re Chinese and so was I. They were part of the Chinese diaspora, also known as overseas Chinese, and so was I. Presumably, their families left China at some point in the previous centuries, just like mine.

In my case, I am a third-generation Singaporean of Chinese descent. I have zero connection to China and I don’t know anyone who I share a bloodline with that is in China. My father’s side is Hakka and my mother’s side is Teochew — typical southern Chinese groups, and also typical migrants from China, along with Cantonese and people from southern Fujian province.

Birds of the same feather…

Her mother had certain doubts about our compatibility because we came from different countries. One of her replies to her mother’s comments was that she could also have incompatibilities with other Chinese people. As a southern Chinese person herself, from the wealthiest province, Zhejiang, she said she could have dietary incompatibilities with northeastern Chinese people. Coming from the richest province in China, she also had some notions about people from other provinces as did her mother.

She told me that her mother said that I had a “Cantonese face,” and she once said she was glad she had bloodline going to Shandong. Her grandfather was from there. It left me a bit bewildered as to the implications of having a “Cantonese face” but I have to come to an acceptance that unless I undergo plastic surgery, I will forever have a face that looks synonymous with siu mai.

As a dude from a city-state, it left me doubly bewildered that people from large countries can have so many preconceived notions about people from the same country. It’s something I’ll never know first hand.

So are we birds of the same feather? After all, we did flock together for a while.

I hesitate to pin a lot of things on “culture.” There are some differences between cultures, for sure, for example, the way parents and children interact remains one of the most distinct elements of cultural differences. Coming from a Confucian culture myself, I understood why she would always visit her parents when she visited China. It was a real drag to have to do that with her, but I understood her motives and her obligations. The degree of separation between American parents and their children is something I find a bit more difficult to understand.

There were other, less fundamental aspects of difference. The gift giving culture in China is not something that I shared. I don’t buy a whole bunch of gifts for colleagues and family when I visit, but it struck me as an obligation in human interactions in China.

As rare as it is, I recently met a few non-Chinese Singaporeans — one of Korean descent and the other of Indian descent. It struck me that I felt closer to them than I would with any other Chinese person. It seemed that our shared experiences at home made connecting on a fundamental level easier because of our shared experiences.

I predict that one major difference of my experience versus most overseas Chinese people’s experience will lie in the fact that I grew up in a society where I wasn’t a minority.

I don’t know what it’s like to be a multi-generation Chinese person in Europe or elsewhere, but what I know is that in Latin America, being chino is distinct. I remember when I first visited Mexico in 2012, people on the street made me very conscious of my difference. Everywhere I went, people would just shout out “chino.” Curiously enough, I also gathered that I was “exotic” in people’s eyes and my Mexican friend confirmed that. Even more so because I spoke Spanish. Like a needle in a yellow haystack.

At the same time, I met a Peruvian chino in Vancouver and he told me about how he migrated in the ’90s. Felix told me about how things turned sour for everyone of Asian descent when their Japanese-Peruvian president Alberto Fujimori ran that country. Haters of Fujimori, apparently, took their hate out on Chinese people like my friend.

It wouldn’t be too farfetched to believe. When I was in Cancun in the state of Quintana Roo in Mexico, I managed to destroy a piñata and one comment I got was that “Naruto destroyed it.” Ah, Japanese culture imposed on a Chinese person… sounds like 1942.

At the same time, in Merida, Mexico, I walked back home and saw a person in an alleyway smoking a cigarette. He squatted.

That squat wasn’t a Slav squat as Reddit would characterize it, nor was it a typical squat you’d see around Canada, where the heels don’t touch the ground. It was a full-blown Asian squat, heels and toes both on the ground. I couldn’t tell if he was Chinese, but then a second later I passed a Chinese restaurant and the lady who stood in the front door stared at me, as I did with her. Is this an unspoken affinity?

And hence, this blog’s purpose

I’m Southeast Asian Chinese and that lady who I dated was East Asian. We had similarities and then we had differences, informed by our ethnic culture, nationalities and personality. Perhaps personality is inextricable to local culture.

So a pertinent question that I want to answer involves understanding how other Chinese people view themselves. I am particularly curious about Latin American Chinese people — a group of people who I was exposed to at the University of Toronto.

They have the same surnames as people in Singapore or China would have. The Laus, Wongs, Foks, etc., but they also have Spanish-styled surnames with the father’s and mother’s surnames at the back of their full names.

I intend to find out. 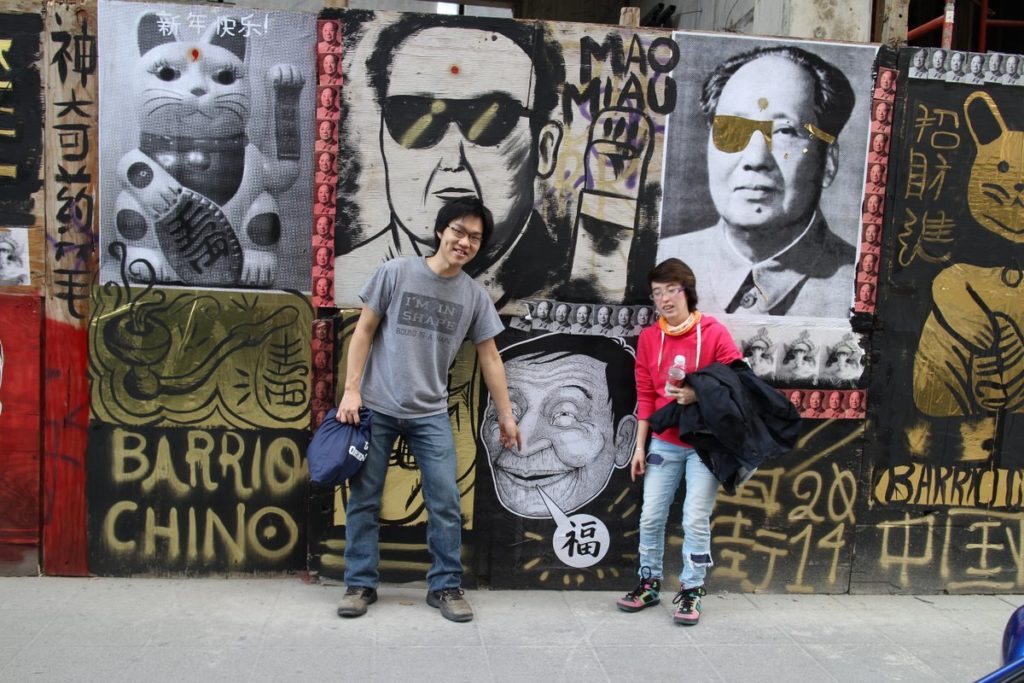